Pembrolizumab leads to durable anticancer activity, high survival rates, and a tolerable safety profile among heavily pretreated patients with advanced head and neck squamous cell carcinoma (HNSCC), according to a study published in the British Journal of Cancer.1

The standard first-line treatment for patients with HNSCC is chemotherapy (eg, cetuximab, platinum, plus fluorouracil), but therapeutic options for patients who fail initial therapy have been limited. Immunotherapies, such as the anti-programmed death 1 (PD-1) antibody pembrolizumab, are an effective second-line option for this patient population.

For the KEYNOTE-012 phase 1b study (ClinicalTrials.gov Identifier: NCT01848834), researchers enrolled 192 patients with recurrent/metastatic HNSCC into 2 cohorts; patients assigned to the initial cohort received pembrolizumab 10 mg/kg and patients in the expansion cohort received pembrolizumab 200 mg. Tumor response was assessed every 8 weeks, and adverse events (AE) were monitored throughout and for 30 days following treatment.

The long-term analysis represented pooled data from both cohorts collected more than 18 months after the last patient began treatment. At the time of analysis (April 26, 2016), the median follow-up was 9 months, and 88% of patients (n = 168) had discontinued treatment; the most common reasons for stopping treatment included disease progression (n = 124) or AEs (n = 23). Nine percent of patients (n = 18) were still receiving therapy at the conclusion of the study, and 3% (6) had received at least 2 years of pembrolizumab at that point.

The overall response rate was 18% (95% CI, 13-24). The median duration of response was not evaluable, and 85% of treatment responses lasted for at least 6 months. The overall survival rate after 1 year was 38%.

The authors concluded that the “data demonstrate that a subset of patients will receive long-term benefit from treatment with pembrolizumab, a paradigm rarely observed with existing cytotoxic or targeted therapies for recurrent or metastatic HNSCC. Combination studies of pembrolizumab with additional immune-targeting agents and with radiation therapy are under way.” 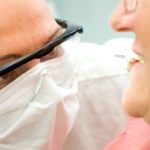