Cetuximab administered concomitantly with radiotherapy reduced adherence and increased acute toxicity rates compared with cisplatin plus radiotherapy in patients with locally advanced head and neck cancer, a new study published online ahead of print in the Journal of Clinical Oncology has shown.1

Because there have been no randomized trials directly comparing radiotherapy with concomitant cisplatin vs concomitant cetuximab as first-line treatment for patients with locally advanced squamous cell carcinoma of the head and neck, researchers sought to evaluate these 2 treatment strategies in a head-to-head trial.

For the study, researchers enrolled 70 patients with locally advanced head and neck cancer and randomly assigned them to receive radical radiotherapy concomitantly with cisplatin 40 mg/m2 weekly or cetuximab 400 mg/m2 as a loading dose followed by cetuximab 250 mg/m2 weekly.

The study was discontinued early due to slow participant accrual.

Results showed that 13% of patients who received cetuximab and 0% of those given cisplatin discontinued radiotherapy for greater than 10 days (P = .05), and drug dosage reductions occurred in 34% and 53% of patients, respectively.

In regard to safety, researchers found that hematologic, renal, and gastrointestinal toxicities were more common in the cisplatin arm, while cutaneous toxicity and the need for nutritional support were more frequent with cetuximab. In addition, serious adverse events occurred in 19% of patients in the cetuximab arm compared with 3% of patients in the cisplatin arm (P = .044).

There were no differences in terms of efficacy outcomes.

“These results raise the issue of appropriately selecting patients with head and neck cancer who can benefit from CTX in combination with RT,” the authors concluded. 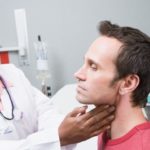