A definitive picture of the value of induction chemotherapy and its optimal role in sequential chemoradiotherapy—if any exists—remains elusive for head and neck cancer treatment, with the recently reported PARADIGM and DeCIDE phase 3 clinical trials identifying no statistically-significant 3-year overall survival advantage for patients undergoing induction docetaxel, cisplatin, and 5-fluorouracil (TPF).

But it still too soon to say that induction chemotherapy offers no survival benefits, independent experts say. Unexpectedly high survival rates among patients randomly assigned to both trials’ control groups (likely a result, at least in part, of the emerging epidemic of human papillomavirus [HPV]-associated oropharyngeal cancers) might have obscured a clinically important benefit from induction chemotherapy, they note. Other, non-TPF induction therapies are under investigation.

Clear evidence for the optimal treatment of locally advanced head and neck cancers such as squamous cell carcinoma of the head and neck (SCCHN) remains elusive. However, combined agent induction chemotherapy followed by chemoradiotherapy (sequential chemoradiotherapy) is widely employed with the goal of achieving locoregional tumor control and reduction of distant relapse.1

In addition, there was no statistically significant difference in overall survival with the use of TPF to determine subsequent chemoradiotherapy intensity among induction-group patients in PARADIGM, casting further doubt on the survival advantage of induction treatment.1,2

“To date, there is still no level 1 evidence to support the routine use of induction chemotherapy as part of sequential chemoradiotherapy in locoregionally advanced SCCHN,” noted Suat W. Loo and colleagues at the Norfolk and Norwich University Hospital (Norwich, UK). “Trials have not identified any patient subgroup that consistently benefits from induction chemotherapy.” 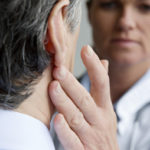