The risk of disease progression in patients with AWM is not well defined and has not been extensively studied. Current guidelines recommend treatment initiation at development of symptoms, but the classification of high-risk patients has not been well established, which might have negative implications on the management of the disease.

Researchers evaluated 439 patients in a 23-year study with a median follow-up of 7.8 years. Researchers defined 3 distinct risk groups: a high-risk patient group with median time to progression (TTP) of 1.8 years, an intermediate-risk group with median TTP of 4.8 years, and a low-risk group with median TTP of 9.3 years. The predictive model incorporated bone marrow (BM) infiltration, immunoglobulin (Ig) M, albumin, and beta-2 microglobulin values as continuous measures. It was validated by external cohorts from the United States and Europe and confirmed as robust and generalizable.

In addition, the model was powered to identify patients carrying wild-type MYD88, which was shown to be an independent predictor of disease progression (hazard ratio, 2.7). Previous studies have shown that wild-type MYD88 is typically associated with more aggressive disease and worse prognosis.

The model is available at www.awmrisk.com as a risk stratification tool. Physicians can use the tool to identify high-risk individuals who may be eligible for strict follow-up, monitoring, and early intervention. The researchers noted that “the clear separation of risk group curves…indicates that this model is representative of the whole spectrum of the asymptomatic disease state and can thus be used for comprehensive stratification of patients with AWM.” They concluded that this progression risk-based classification system could help physicians better manage AWM, prevent progression to WM and end organ damage, and improve patient outcomes. 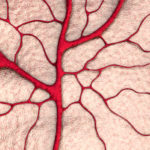 The Role of Direct Oral Anticoagulants in the Outpatient Setting Questioned