Outcomes have improved during the past decade for patients with acute lymphoblastic leukemia (ALL) who undergo haploidentical hematopoietic cell transplantation (haplo-HCT), according to the results of a retrospective cohort study published in Cancer.

The cohort included patients with ALL who underwent haplo-HCT from 2011 to 2018 and for whom posttransplantation cyclophosphamide (PTCy) was used for graft-vs-host disease (GVHD) prophylaxis.

Patients were identified using the Acute Leukemia Working Party (ALWP) of the European Society for Blood and Marrow Transplantation (EBMT) registry and grouped as receiving transplantation between 2011 and 2015 (early transplantation) or 2016 and 2018 (later transplantation). Outcomes between groups were compared.

“Our analysis indicates that, over the past decade, a significant improvement in patient outcome has been realized in patients with ALL who undergo haplo-HCT using PTCy,” the study authors concluded. 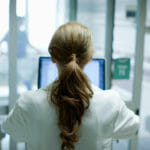