Patients With MPN and Their Caregivers Could Benefit from Greater Support, Interventions - Cancer Therapy Advisor

Living with myeloproliferative neoplasms (MPNs) takes a significant toll on the lives of both the patients who have these chronic hematologic cancers, which include myelofibrosis, polycythemia vera, essential thrombocythemia, and MPN-unclassifiable, and their caregivers.

Research on supportive care and rehabilitation for these patients and their caregivers is scarce, so a team of researchers in Denmark set out to learn more about their specific needs. The findings of this qualitative study were published in the Journal of Clinical Nursing.

During a 5-day residential rehabilitation course, the researchers interviewed 47 patients with MPN and 7 caregivers. They identified 2 main themes from the responses they gathered from patients: the need to prioritize energy that restricts their activity choices and “the schism of being a person but also a patient.” The caregivers also conveyed that the disease has a significant influence on their own lives, by limiting their social lives, impairing communication between spouses, and creating extra work and psychological strain. They often expressed frustration and described a sense of fatigue.

People with chronic illness often struggle with the loss of their former self-image and have trouble coming to terms with that loss. Participant responses confirmed that was a major issue for the patients with MPN in this study, too. The struggle was particularly profound for those who were younger.

“We found that patients and caregivers would benefit from psychosocial support and patient education and that a needs assessment should form the basis for identifying which rehabilitation interventions patients and their families need in order to maintain a good [quality of life],” the researchers wrote.

Ultimately this kind of information could also be very useful in developing clinical guidelines on how to provide supportive care to this patient population, according to the researchers. “Future studies should focus on clarifying the timing, content, components and provision of rehabilitation services to MPN patients and caregivers,” they noted.

Nurses should focus on assessing both patients’ and caregivers’ needs and refer them to interventions and support services.

The study did have some limitations. For example, the findings were limited by the small number of caregivers who were interviewed. “[C]onclusions based on their narratives should be interpreted with caution,” the researchers wrote. Selection bias due to the sampling method should also be noted, as the participants were all people who were referred by their physicians and were able to be away from home for 5 nights. 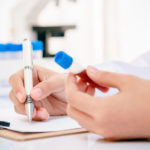