Patients with terminal forms of leukemia and lymphoma who have run out of treatment options could soon benefit from a new drug, which not only puts an end to chemotherapy and has virtually no side effects but also improves a patient’s life expectancy and quality of life. Findings of the Phase 1 trial were presented at the 2013 annual meeting of the American Society of Hematology.

This was the first worldwide study of its kind into a new class of Bruton’s tyrosine kinase (BTK) inhibiting drugs. The drug studied was ONO-4059. The study was led by Simon Rule, MD, and at Derriford Hospital in Plymouth, United Kingdom. He described it as “exciting” and “a transformation” in the treatment for patients with these conditions.

Rule observed significant improvements in his patients. The first four patients in the world to receive this drug were treated in Plymouth, starting in September 2012. Since then, more than 30 patients worldwide are receiving this treatment, with positive results.

“The astonishing thing about these drugs is that they have virtually no side effects, which is unprecedented from my experience. In some patients the effects are immediate. Patients with lots of symptoms, particularly those with lymphoma, will feel better the next day after taking the medication,” said Rule.

“This will completely change the way we manage these diseases. We have access to the next generation of the drug to be part of the next trial phases. This is not a cure for cancer but it will mean we are significantly improving our patients’ life expectancy and quality of life; similar to managing a chronic condition. I have yet to come across another class of drugs in my career that has been so successful for leukemia or lymphoma.”

Current therapies, such as chemotherapy, intensive chemo-immunotherapy (chemotherapy combined with immunotherapy) or stem cell transplant are effective but due to the aggressive nature of these cancers, patients always relapse and eventually run out of options.

These drugs work by inhibiting BTK, a protein that plays a role in the signals that cause growth in cancerous cells. Blocking this causes the cancerous cells to die but normal cells are unaffected.

With an average survival rate of 4 to 5 years, the new developments in BTK-inhibiting drugs could dramatically improve the life expectancy and quality of life for patients with terminal forms of leukemia and lymphoma who have run out of other treatment options.

Rule is now planning to run a study using the latest BTK drug in a trial against standard chemotherapy.

“The next stage will be chemo-free treatment. We’ve been talking about it for years and now it might be a reality,” he explains. “This has the very real prospect of changing the management of these difficult forms of cancer.” 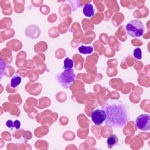