Despite the potential benefits of chimeric antigen receptor T-cell (CAR-T) therapy for pediatric acute lymphoblastic leukemia (pALL) and diffuse large B-cell lymphoma (DLBCL), its efficacy and social value may be limited due to significant treatment delays. In a study published in The American Journal of Managed Care, researchers suggested that improved payment mechanisms, adequate capital, and payment policy reform are urgently needed to increase patient access and maximize the value of CAR-T therapy.

Currently, tisagenlecleucel is indicated for pALL and DLBCL, and axicabtagene ciloleucel is indicated for DLBCL. These CAR-T therapies have been shown to be clinically effective, but treatment delays have limited their use. “CAR-T [therapy] has the potential to offer tremendous value to patients, given that it affords potential survival gains for relapsed and refractory patients with limited prior options. However, given the high mortality rates of the conditions that it treats, that value diminishes when treatment is delayed,” said corresponding study author Rebecca Kee, associate research scientist at Precision Health Economics in Oakland, California.

She and her colleagues measured the social value of CAR-T therapy for relapsed or refractory pALL and DLBCL in the United States and quantified social value lost due to treatment delays. The researchers quantified patient value by calculating the value of additional quality-adjusted life-years gained with CAR-T therapy, minus the incremental cost of CAR-T therapy compared with standard of care for 20 incident cohorts of pALL (8000 patients) and DLBCL (118,040 patients).

The researchers calculated the economic benefit of tisagenlecleucel for pALL relative to standard of care (clofarabine monotherapy) and of axicabtagene ciloleucel for DLBCL relative to salvage chemotherapy. Social value was estimated for 20 incident cohorts in the United States over a lifetime horizon for each case. The researchers considered a range of production costs from $100,000 to $300,000. “Some of the key barriers to administering CAR-T [therapy] include reimbursement challenges and difficulty in scaling production quickly,” said Kee.

Charalambos (Babis) Andreadis, MD, who specializes in bone marrow transplantation for adults at the University of California at San Fracisco Helen Diller Family Comprehensive Cancer Center told Hematology Advisor that many patients today are left hanging because of reimbursement challenges.

“It is a huge problem. These people are already refractory to 2 lines of therapy, and so many of them have a very aggressive form of the disease. They often have a lot of symptoms and it is a race with time to hold them over until the cells [begin] working,” Dr Andreadis said. “Sometimes we have to go a third- or fourth-line therapy, [which] have a very low chance of working and can affect white blood cells and platelets, and that can further delay the treatment with the CAR T-cells.” 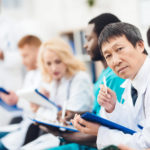