Blood disorders, particularly malignant cancers, represent an enormous economic burden to the European economy, and to “society overall,” according to a study published recently in The Lancet Haematology.1

Researchers evaluated the 2012 costs associated with the health care of patients with blood disorders from 28 European Union (EU) countries, as well as Iceland, Norway, and Switzerland. “Healthcare costs” included costs of patient care in the inpatient, outpatient, emergency, primary, and drug therapy settings.

Informal costs of care, such as care from relations, were also evaluated, as were “productivity losses” relating to treatment, symptoms, and death.

It was noted that costs varied dramatically, for reasons that warrant further investigation, among countries, with average inpatient days, for example, ranging from “8 in France to 48 in Greece.”2 The study’s authors conclude that health care policy makers ought to focus on more consistent care standards among countries, which will lead perhaps to lower overall costs and better overall treatment. 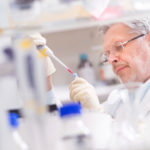 Nivolumab Active After Both Auto-HSCT, Brentuximab Vedotin in Hodgkin Lymphoma