No differences in patient-reported quality of life (QOL), anxiety, or depression were found in older patients with acute myeloid leukemia (AML) who were treated with intensive or nonintensive chemotherapy, according to results from a longitudinal study published in Leukemia. Additionally, these patients experienced improved QOL and anxiety while undergoing chemotherapy regardless of regimen intensity.

Frontline chemotherapeutic options for AML include intensive therapy requiring extended hospitalization for 4 to 6 weeks and nonintensive therapy that can frequently be administered in the outpatient setting. For patients with AML older than 60 years, long-term disease-free survival is low, and many of these patients are considered ineligible for intensive chemotherapy, particularly those with comorbidities or poor performance status. Historically, clinicians have considered intensive chemotherapy to be more toxic and difficult to manage compared with nonintensive regimens.

This study assessed 100 patients with newly diagnosed AML who were 60 years or older. Intensive and nonintensive chemotherapy were administered to 50 patients each. Patients completed self-report assessments at baseline (within 72 hours of starting treatment) and study questionnaires at 2, 4, 8, 12, and 24 weeks after diagnosis.

Patient-reported QOL improved over time (beta level, 0.32; P =.013), with no significant differences in QOL reported between the patient groups at any timepoint. At baseline, approximately one-third of patients in each treatment group reported clinically significant symptoms of depression and anxiety, with no significant differences between the groups. Symptoms of depression remained consistent during treatment, and symptoms of anxiety improved over time (beta level, -0.08; P <.001).

Although rates of depression symptoms remained consistent across the course of therapy, the researchers emphasized that the proportion of patients who experienced depression at baseline was clinically important; in response, they suggested supportive care interventions to decrease distress.

Nearly half of caregivers reported clinically significant symptoms of anxiety at the time of diagnosis of the patient, and 16.3% reported experiencing symptoms of depression. “These rates of psychological distress are higher than the ones often seen in caregivers of patients with hematologic malignancies undergoing hematopoietic stem cell transplantation or those with solid tumors,” noted the researchers. However, they cautioned that because of the limited number of caregivers, comparisons between caregivers of patients undergoing intensive and nonintensive chemotherapy could not be made. 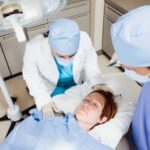