In 2012, researchers at the University of Pennsylvania (UPenn), Philadelphia, treated a number of patients with chronic lymphocytic leukemia (CLL) with chimeric antigen receptor (CAR) T-cell (CAR-T) therapies, in one of the CAR-T immunotherapy trials for the disease.

Noticeably, some patients responded well to the therapy, while others did not — an observation that spurred a series of studies to find out why.

Over the years, data collected by Jan Joseph Melenhorst, PhD, professor of pathology and laboratory medicine at UPenn and director of the Parker Institute for Cancer Immunotherapy’s biomarker program, and his colleagues revealed a possible contributing factor: the properties of the T cells used to manufacture the CAR-T products.

In a 2018 study, UPenn researchers demonstrated that the frequency of CD8+ T cells with a particular immunophenotype — a naive, memory phenotype, which they identified as CD8+ CD45RO− CD27+ — was in fact, the most important predictive factor of sustained remission in patients with CLL.1 And last year, they reported that the frequency of T cells with that same population was also associated with response to treatment in patients with myeloma.2

T-cell memory function isn’t the sole factor that determines response to CAR-T therapy — the number of prior therapies may also play a role by degrading T-cell function over time, for instance — “but it’s a dominant factor in failure or success of CAR therapy in CLL,” Dr Melenhorst told Cancer Therapy Advisor. “The next question that we had is … does it apply to other tumors too?”

His team’s most recent research, presented at the annual American Society of Gene & Cell Therapy (ASGCT) conference in 2020, investigated whether the composition of apheresed T cells correlated with the clinical efficacy of CAR-T therapies in acute lymphocytic leukemia (ALL), non-Hodgkin lymphoma (NHL), and multiple myeloma (MM).3

For the study, the team — which also included researchers from Novartis and the Children’s Hospital of Philadelphia — examined T cells extracted from 36 CLL, 30 adult ALL, 58 pediatric ALL, 33 NHL, and 25 MM patients, before they were manufactured into CD19- or B-cell maturation antigen (BCMA)-targeting CAR-T therapies.

Using flow cytometry and computational clustering methods, they identified phenotypically distinct CD8+ T-cell subpopulations, several of which correlated with clinical response in the patients who had CLL.

T cells, which had naive features — that is, ones that haven’t encountered pathogens yet, or those that had early-memory features; early memory characteristics give rise to effector cells that pursue specific molecular targets — were significantly more numerous in patients with CLL who responded to treatment. “What’s special about those [cells] is that they remember. But not only that, they rapidly expand in the body and they generate this vast army of effector cells, [and] effector cells are really good at going after the pathogen,” Dr Melenhorst said.

Effector cells themselves — which are derived from early-memory cells — in contrast, marked the nonresponding CLL patients. “They are really bad, or ill-equipped to sustain this response. They’re just soldiers and [they] die after the mission is completed, whereas the memory pool can seemingly infinitely generate this army of effector cells.” 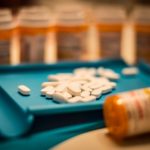