The researchers used data from the prospective, population-based Lifelines Cohort Study, which includes 167,729 community-dwelling individuals in The Netherlands. Multiple demographic and clinical factors were obtained from individuals in this cohort, and follow-up was to occur following approximately 5 years. Overall survival was a key outcome of the analysis.

Anemia and thrombocytopenia both became more common with increasing age, but neutropenia did not show an increase in prevalence with age. In survival analysis, with a median follow-up of 8.3 years, the overall mortality rate was 2.29 per 1000 person-years.

“In summary, our study provides important insight into the emergence of peripheral cytopenias and associated outcomes at the population level,” the researchers concluded in their report. 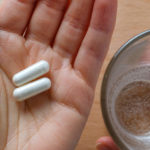