CLL, a slow-growing cancer that usually originates from B cells, is the most common adult leukemia in the United States, where more than 15,000 patients are diagnosed each year. Chemo-immunotherapy is the standard approach in patients younger than age 65 years, but causes a high rate of myelosuppression and immunosuppression, which may be particularly severe in older patients.1

Ibrutinib is an inhibitor of Bruton’s tyrosine kinase, an essential component of the B-cell–receptor signaling pathway. It was recently approved in the United States through the Food and Drug Administration’s Breakthrough Therapy Designation Pathway as single-agent therapy for patients with mantle cell lymphoma who have received at least one prior therapy.

The multicenter study recruited 31 previously untreated patients aged 65 years and older, 29 with CLL and two with SLL. Median age was 71 years and 23 patients were older than age 70 years. A total of 17 patients had disease categorized as Rai stage 3 or 4.

Patients received at least twelve 28-day cycles of oral ibrutinib once daily in a dose of 420 mg or 840 mg. Results from the two cohorts were similar, therefore, the 840-mg dose was discontinued and data from all patients were pooled for analysis.

The most common grade 3 AEs were diarrhea (13%), infection (10%), and hypertension (7%). One patient developed grade 3 neutropenia and one developed grade 4 thrombocytopenia. In nine patients, ibrutinib therapy was held because of grade 3 or 4 toxicity. Two patients discontinued treatment due to AEs.

“The results of this study are encouraging given the average age, overall health, and unmet needs of the typical CLL population,” said lead author Susan O’Brien, MD, of the Department of Leukemia, Division of Cancer Medicine, at The University of Texas M.D. Anderson Cancer Center, in Houston, TX.

Only one patient progressed while on ibrutinib. This patient discontinued the drug and began chemotherapy but died less than 4 months later.

In an editorial that accompanied the published report, Jennifer Brown, MD, wrote, “Even in an untreated population, this is an impressive toxicity profile, and makes ibrutinib potentially very appealing as a therapeutic option, especially for elderly patients. However, the efficacy of the regimen was perhaps even more impressive. These results are the best reported outcomes for an upfront therapy in this population of patients.” She also pointed out that the study was small and of short duration and recruited primarily low-risk patients; however, she concluded, “Treatment of this cancer seems to be on the cusp of a transformation.”2 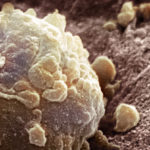