CLL1-CD33 compound chimeric antigen receptor (cCAR) T-cells may lead to good response and be a promising immunotherapy in the treatment of patients with acute myeloid leukemia (AML), according to a presentation at the Presidential Symposium during the 23rd Annual Congress of the European Hematology Association in Sweden.1

CAR-T therapies have been approved for the treatment of hematologic malignancies such as B-cell acute lymphoblastic leukemia and lymphoma, but their effect in AML has yet to be fully explored.

For this study, researchers developed cCAR T-cells that are able to target the CLL1 and CD33 AML antigens simultaneously. In vitro studies with killing assays were performed using multiple AML cell lines, including CLL1 or CD33-expressing human AML samples and REH cells, as well as mouse models in which mice were injected with REH expressing CLL1 or CD33 or U937 cell lines.

In both culture assays and mice models, CLL1-CD33 cCAR therapy led to a decrease in CLL1- and CD33-expressing REH cells. Mice who received treatment had significantly improved survival compared to mice that were treated with controls. In vivo analyses showed that CLL1-CD33 cCAR had sustained anti-leukemic activity against the AML U937 cell lines and also afforded superior murine survival in both models.

Upon administering CLL1-CD33 cCAR to human patients with AML in a phase 1 clinical study, results demonstrated not only that the treatment was safe, well-tolerated, and feasible, but also led to complete response. These results indicated that simultaneous CLL1 and CD33 targeting may be effective in reducing AML bulk disease and leukemia stem cells (LSC), and may prevent disease relapse caused by LSC persistence or antigen escape.

The authors concluded that “our findings suggest further exploration of CLL1-CD33 cCAR T therapy as a stand-alone therapy or “bridge to transplant” for patients with aggressive, relapsing/refractory AML leukemia.” 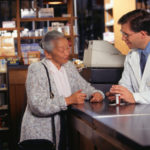