Patients with myelodysplastic syndrome (MDS) whose disease progressed during treatment with hypomethylating agents (HMA) demonstrated poor survival outcomes; however, these outcomes were improved compared with historical data, according to the results of a retrospective study presented at the Annual Meeting of the Society of Hematologic Oncology (SOHO).

The historical median overall survival (OS) of patients with MDS whose disease progressed during HMA treatment was 6 months. Because these data are from before the availability of venetoclax-based regimens, the aim of this study was to determine if treatment outcomes after progression on HMA therapy has changed.

The retrospective study included data from 71 patients with MDS whose disease progressed during HMA therapy between 2015 and 2021.

At baseline, the median age was 67 years, 62% of patients were men, and 24% of patients had therapy-related MDS. The R-IPSS score was very high in 46% of patients, high in 27%, intermediate in 18%, and low in 8%. High-risk cytogenetics was present in 56% of patients at diagnosis.

Prior HMA therapy included azacitidine for 53% of cases, decitabine for 42%, and azacitidine plus an investigational agent in 4%. There were 7% of patients who had a prior allogeneic stem cell transplant.

Of the patients with TP53-mutated disease, 50% with MDS-EB1, 25% with MDS-EB2, and 42% with AML achieved a complete response (CR), CR with incomplete blood count recovery (CRi), or molecular CR (mCR) with venetoclax-based treatment at progression.

Patients who underwent a stem cell transplant demonstrated the longest median OS, which was not reached, compared with 8.1 months among patients who did not undergo transplant (P =.002).

The authors concluded that “our report suggests modest improvement in survival of MDS patients progressing on HMA compared to historical data.” They indicated that these data highlight that “more effective therapies are needed to improve outcome of these high-risk patients.” 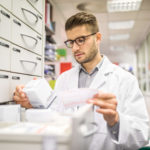