Rates of thrombotic events, hemorrhage, and disease transformation are higher than expected in children and young adults with myeloproliferative neoplasms (MPNs), according to research published in Blood Advances.

Researchers conducted a retrospective study of patients from 15 countries who were diagnosed with an MPN before the age of 25. The study included 444 patients with a median age of 20 years.

“Due to the predominance of venous events, classical management with low-dose aspirin to prevent thrombosis should perhaps be questioned in this specific population, as it mainly reduces the risk of arterial events,” the researchers wrote. “The use of anticoagulants could be a way to reduce the incidence of venous thrombotic events.”

The researchers also found what they called “interesting perspectives on how these MPN are perceived by physicians” and how they are managed.

“Importantly, we demonstrate that standard prognostic scores do not perform well in this cohort,” the researchers wrote. “As an example, 67.8% received at least one cytoreductive drug when only 21.4% of them should have received such therapy according to current ELN [European LeukemiaNet] recommendations.”

The researchers added that the proportion of certain prescriptions also suggested that physicians didn’t apply ELN recommendations “where interferon is the recommended first-line therapy in patients aged below 60 years old because of its lack of leukemogenicity and its low teratogenicity.” But as the researchers noted, no MPN guidelines exist for young patients, so the differences likely reflect “historical shifts in guidelines and availability of therapy.”

This study did have limitations, such as its retrospective nature, which may have resulted in some biases. Also, without specific treatment guidelines for young patients, the management could have been heterogeneous across the various centers, which could have influenced the rate of complications. However, the researchers did point out that they had a “very high number of such extremely rare patients … suggesting that we revealed a reliable picture of MPN in very young patients.”

The information could be used for future biomarker studies, clinical trials, and the creation of specific treatment guidelines for younger MPN patients, according to the researchers. 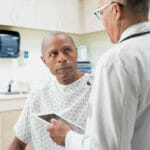 Clinical Trials Not Representative of Population With Leukemia, Multiple Myeloma