Researchers proposed changing the circulating plasma cell (CPC) threshold from 20% on peripheral blood smear down to 5% for plasma cell leukemia (PCL), which would effectively revise the definition for PCL. The rationale and supporting evidence for this change was described in a journal article published in Blood Cancer Journal.1

Study authors identified patients who received a diagnosis of multiple myeloma between 1971 and 2016 at the Mayo Clinic and had CPCs detected on a peripheral blood smear within 30 days of diagnosis. Patients were categorized into 1 of 3 groups based on CPC count: less than 5%, between 5% and 19%, and 20% or greater.

When the time period of diagnosis was restricted to 2001 or later, the survival difference became even more pronounced. Patients with 5% or greater CPCs lived a median of 6 years fewer than patients with standard-risk multiple myeloma (1.4 years vs 7.5 years, respectively). 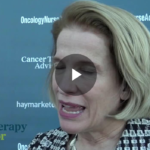