Approximately one-third of older patients admitted to an intensive care unit (ICU) during or following treatment for acute myeloid leukemia (AML) survive for 90 days following hospital discharge, results of a study published in Cancer have shown.1

Although the median overall survival (OS) for older patients (aged 60 years and older) with AML is short (6 to 8 months), a subpopulation of these patients can achieve long-term disease-free survival, particularly following treatment with intensive chemotherapy. However, such treatment in the overall population of patients with AML is associated with a high rate of complications, necessitating admission to an ICU for some patients.

In a previous study of patients with newly diagnosed AML who were undergoing treatment with intensive therapy and had a median age of approximately 53 years, 16.4% were admitted to the ICU; the survival rate to hospital discharge in this subgroup was 59.0%, and 41.3% of these patients were alive 1 year following hospital discharge.2 However, no comparable studies have been performed regarding ICU utilization, as well as clinical outcomes, and predictors of mortality for older patients with AML admitted to the ICU.

This retrospective analysis included all older patients with a new diagnosis of AML at Dana-Farber Cancer Institute/Brigham and Women’s Hospital or Massachusetts General Hospital between May 1, 2005, and December 31, 2013, who were receiving or had received either intensive therapy (a standard or modified 7+3 regimen) or nonintensive therapy (low-dose cytarabine or single-agent therapy in a clinical trial). Only the first ICU admission was considered in this analysis.1

Selected baseline characteristics of the 330 patients included in the study were a median age of 69 years and a mean hematopoietic cell transplantation–specific comorbidity index (HCT-CI) of 1, with 59.7% currently or previously treated with intensive therapy.

A key finding of this study was that 47% (n=45) of those patients admitted to the ICU survived to be discharged from the hospital, with 35% (n=34) and 30% (n=29) alive 90 days and 1 year following hospital discharge, respectively. Importantly, in the subgroup of patients alive at 90 days following ICU admission, the mean Eastern Cooperative Oncology Group-Performance Status (ECOG-PS) score was 1.28 following ICU discharge, and 68% were independent with respect to activities of daily living at post-ICU assessment.

The study authors opined that “these findings support the judicious use of ICU resources for older patients with AML, particularly those with a good performance status, and can better inform patient-clinician discussions regarding ICU outcomes in this population.” 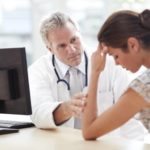