Researchers from Stanford University School of Medicine observed overall survival among patients with acute lymphoblastic leukemia (ALL) who relapsed following hematopoietic cell transplant (HSCT) has increased in recent years. These findings were presented during the American Society of Hematology (ASH) 62nd Annual Meeting and Exposition.

Patients who experienced a relapse were 57% men, 47% were aged 18 to 39 years, 57% were in complete remission 1, and 49% received their tissue from matched siblings. Patients who relapsed in the late cohort were less likely to receive their transplant during active disease (2% vs 26%; P =.008).

These data were limited by difference of disease stage at HSCT, which may have impacted the survival rates. The study was too underpowered to relate significant differences with the specific novel therapeutics.

The study authors concluded there was a trend of increased survival following HSCT among patients with ALL in recent years. Juliana Craig, BA, coauthor of the study, speculated that the improved survival “is likely influenced by the use of targeted amino therapies to treat posttransplant relapse, which has also increased dramatically since 2014. Although these data represent an improvement, relative to historical outcomes, post transplant relapse remains an area of ongoing need among adults with ALL. 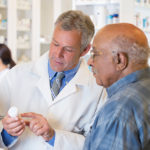