(HealthDay News) — Since the 1970s, the risk of developing therapy-related acute myeloid leukemia (tAML) after chemotherapy has varied over time, depending on the initial cancer type and treatment practices, according to a study published online Feb. 14 in Blood.

To determine the risk of tAML after chemotherapy, Lindsay M. Morton, Ph.D., from the National Institutes of Health in Bethesda, Md., and colleagues analyzed data from 426,068 adults who had received chemotherapy for a first primary malignancy from 1975 to 2008.

The researchers identified 801 cases of tAML, a significantly higher number than expected in the general population (standardized incidence ratio, 4.70). During this period there was an increase in the risk of tAML after chemotherapy for non-Hodgkin’s lymphoma and a decrease in the risk after chemotherapy for ovarian cancer, myeloma, and possibly lung cancer. The risk was heterogeneous following chemotherapy for breast cancer and Hodgkin’s lymphoma. The risk of tAML was associated with age at first cancer and latency and was non-significantly higher with use of radiation treatment for lung, breast, and ovarian cancer. tAML risk was also higher for patients with esophageal, cervical, prostate, and possibly anal cancers treated with chemotherapy since 2000, and for bone and joint and endometrial cancers treated since the 1990s. 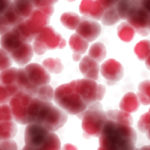