Patients with myeloid malignancies who have vitamin D deficiency prior to allogeneic stem cell transplantation (alloSCT) have an increased risk of relapse, according to a study published in the Journal of Clinical Oncology.1

To determine the prognostic relevance of vitamin D deficiency in this setting, researchers analyzed the outcomes of 492 patients in a training cohort and 398 patients in a validation cohort. Eligible patients had a myeloid or lymphoid malignancy, underwent alloSCT, and had validated records of pre-transplant vitamin D levels.

Patients with myeloid malignancies who were vitamin D deficient prior to alloSCT exhibited worse outcomes for overall mortality and NRM, but only the risk of relapse was significant (HR, 2.55; P = .014).

RELATED: Haploidentical Transplantation Effective as Front-line Therapy for Standard-risk ALL 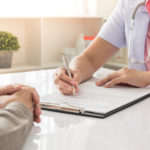