Researchers from the Netherlands recently published a case report detailing reinfection with SARS-CoV-2 in an immunocompromised patient with Waldenström macroglobulinemia.

The patients first presented to an emergency department with fever and severe cough and tested positive for SARS-CoV-2 using in-house polymerase chain reaction (PCR) testing. The patient was discharged after 5 days.

Fifty-nine days after the beginning of the first coronavirus disease 2019 (COVID-19) episode and 2 days after starting a new chemotherapy treatment, the patient again developed fever, cough, and dyspnea. Upon admission to the hospital she again tested positive for COVID-19.

The patient was tested for SARS-CoV-2 antibodies on day 4 and 6; both tests were negative. After about a week the patient’s condition deteriorated and she died 2 weeks later.

“The viral genomes of both episodes were compared using SARS-CoV-2-specific multiplex qPCR and Nanopore sequencing,” researchers wrote. “The two strains differed at ten nucleotide positions in the ORF1a, ORF, Spike, ORF3a and M genes and the sequences did not cluster in the phylogenetic tree. Although we did not have PCR negative samples in between episodes, with an average estimated SARS-CoV-2 mutation rate of 33 nucleotides per year (or 5-6 nucleotides per 2 months), it is likely that the second episode was a reinfection rather than prolonged shedding.”

The researchers made several comparisons with case reported of others with reinfection who differed in time to reinfection, severity of reinfection, and presence of antibody titers. 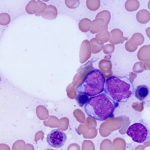