Editor’s note: This article was updated to amend an error in a stated confidence interval.

The US Food and Drug Administration (FDA) has granted priority review to alectinib for the treatment of patients with ALK-positive, locally advanced or metastatic non–small cell lung cancer (NSCLC).1

Alectinib was previously granted accelerated approval for the treatment of ALK-positive metastatic NSCLC resistant to crizotinib.

The FDA granted priority review based on evidence from the phase 3 ALEX (ClinicalTrials.gov Identifier: NCT02075840) and J-ALEX trials, the latter of which was conducted in Japan.

Both the ALEX and J-ALEX trials reported a lower frequency of grade 3 to 5 adverse events in the alectinib group vs the crizotinib group. 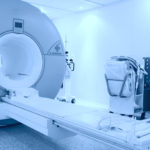