Another poster, presented by Alice Fortune-Greeley, BA, from the Durham VA Medical Center in North Carolina, caught my eye, as I have encountered questions from patients about the benefit of metformin use in NSCLC. The poster was titled “Association between metformin use and survival among non-small cell lung cancer patients.”

This was a retrospective study in which patients diagnosed with lung cancer were evaluated from 2001 to 2008. There were 51,824 patients, 19% of whom had diabetes. Of these patients, 33% were treated with metformin, 41% were treated with non-metformin regimens, and 26% were not receiving any treatment.

These findings suggest a possible beneficial effect of metformin in patients with lung cancer; however, the retrospective nature of this study weakens the evidence.

One poster that I thought was very relevant to my patient interaction was titled “First-line crizotinib versus pemetrexate–cisplatin or pemetrexate–carboplatin in patients with advanced ALK-positive non-squamous cell NSCLC.” The findings were presented by Tony Mok, MD, from the Chinese University of Hong Kong.

In this study, both progression-free survival (PFS) and the overall response rate (ORR) were found to be better with crizotinib compared to platinum–pemetrexate chemotherapy in a first-line setting. PFS was 10.9 versus 7.0 months, and ORR was 74% versus 45 % in favor of crizotinib in patients with ALK-positive advanced lung cancer.

Results did not show a statistically significant trend for OS, as 68 % of the patients were still being assessed and the 109 patients had crossed over from chemotherapy arm to crizotinib.

This is a question that comes up when the patient is eager to start therapy but the molecular markers have not come back at that point. These results show that it would be clearly beneficial to wait for the molecular marker results before initiating any treatment in patients with advanced NSCLC.

Ceritinib, a “new kid on the block” in terms of drugs for NSCLC with ALK rearrangements, was also featured prominently at ASCO 2014. Results of the ASCEND 1 trial were presented by Dong Wan Kim, MD, PhD, from Seoul National University in Korea.

Common side effects were similar to those observed with other ALK inhibitors, such as transaminitis, diarrhea, nausea, vomiting, and fatigue. 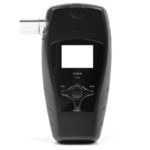