Black patients with non-small cell lung cancer (NSCLC) had an overall lower prevalence of targetable mutations when compared with White, Hispanic, and Asian patients, according to a meta-analysis published in JCO Clinical Practice.

The study authors noted that Black patients are more likely to have inferior lung cancer outcomes when compared with patients in other racial groups. This is often assumed to be associated with socioeconomic factors. However, the authors wanted to determine if “a varying prevalence of targetable mutations limits treatments and contributes to disparities.”

In their meta-analysis, the researchers evaluated data from 11,867 patients. The patients were enrolled in 20 studies that reported the prevalence of at least 1 mutation among a Black population in the United States.

Nearly all studies were considered to be of good quality. One study was deemed “fair quality” because comparators were derived from a different cohort of patients, and 1 study was “poor quality” due to a lack of control for potential confounders.

The prevalence of mutations was lower in the Black population compared with other racial groups. However, the authors noted that mutation prevalence varied, sometimes widely, across the studies.

ROS-1 alterations were present in 0% of Black and Asian patients but 1% of White patients. Insufficient data were available for the Hispanic patient population.

“Given that disproportional eligibility for targeted therapies may be contributing to inferior outcomes, research focused on the Black population is needed to evaluate specific tumor characteristics and therapeutic strategies,” the authors concluded.

Disclosure: One of the study authors declared affiliations with the pharmaceutical industry. Please see the original reference for a full list of disclosures. 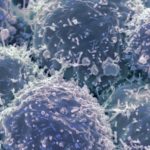