More than 2000 vaping-associated lung injuries have now been reported in 49 states, the District of Columbia, and 1 United States territory, according to the Centers for Disease Control and Prevention (CDC).1 At least 39 patients have died as a result of these injuries.1

It is not yet entirely clear what is causing these e-cigarette, or vaping, product use-associated lung injuries (EVALIs) — although on November 8, 2019, “CDC laboratory testing of bronchoalveolar lavage (BAL) fluid samples (or samples of fluid collected from the lungs) from 29 patients with EVALI submitted to CDC from 10 states found vitamin E acetate in all of the BAL fluid samples.”1

The incidents appear not to be occurring in other countries outside of the US. Devices that vaporize dried plant material without combustion are more commonly used in Canada than e-cigarette–type devices that warm THC oils, noted Claude Cyr, MD, of McGill University in Montreal, Canada. “Health Canada has only approved 2 such devices, which consistently regulate temperature,” Dr Cyr said. But unlike vaping pens and e-cigarettes, these devices are expensive, he noted.

Donald Abrams, MD, an oncologist at the University of California San Francisco’s Osher Center for Integrative Medicine, has become concerned that headlines about THC vaping-associated injuries will cause an overreaction and a backlash against vaporizer devices that warm dried plant material rather than the THC oils associated with some hospitalizations and deaths.2

“Inhaling oils can’t be healthy for anybody,” Dr Abrams told Cancer Therapy Advisor. “I hear people saying it’s the THC but it isn’t the THC. THC is very valuable.”

Indeed, preliminary research with lab mice suggests that e-cigarette smoke can induce lung adenocarcinoma and bladder urothelial hyperplasia, researchers at the New York University School of Medicine reported on October 7, 2019, in the Proceedings of the National Academy of Sciences of the United States of America.3

The US Food and Drug Administration (FDA) is testing THC oils for pesticide residues, including a fungicide that, when heated, can produce hydrogen cyanide. Calls to the FDA and Department of Homeland Security about ongoing investigations into international supply chains for vaping devices were not returned. 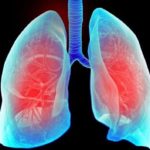