A large number of United States Senators and Representatives are taking the lead to support full Medicare coverage of low-dose computed tomography (LDCT) screening for seniors at high risk for lung cancer.

Through grassroots advocacy from The Society of Thoracic Surgeons (STS), the American College of Radiology (ACR), and the Lung Cancer Alliance (LCA), among others, members of the House and Senate sent letters to the Department of Health and Human Services (HHS) and the Centers for Medicare & Medicaid Services (CMS) urging full Medicare coverage of the lifesaving screening for the target population.

Lung cancer kills more people than the next three cancers combined (breast, colon, prostate), yet is the only one of these cancers in which Medicare does not cover screening to detect early-stage disease. Data now show a 20% mortality reduction in high-risk patients being screened for lung cancer using LDCT.

“This effort by Congress is an important step toward ensuring that patients at greatest risk for lung cancer can be diagnosed and treated in the early stages, when they have a better chance of survival,” said Douglas E. Wood, MD, STS Immediate Past President. “About 160,000 patients in the US die of lung cancer each year. We have the ability—and the responsibility—to help these individuals at a point when the cancer is still curable.”

The median age at diagnosis for lung cancer is 70 years; therefore, if Medicare does not cover lung cancer screening for high-risk patients, the population that could benefit most from screening will not have access to it.

Laurie Fenton Ambrose, LCA President and chief executive officer, reports that screening is being initiated in high-risk persons who are younger than 65 years. “A person’s risk for lung cancer does not magically disappear when they reach that age. Therefore it is neither logical nor ethical to stop screening at that point. We shouldn’t have a patchwork system that provides access to some and then not others at high risk,” said Ambrose.

“For the first time, we have the ability to save thousands of people each year from the nation’s leading cancer killer. The USPSTF has recommended coverage of low-dose CT lung cancer screening. Screening infrastructure is emerging and the privately insured already have coverage. It is time for Medicare to fully cover beneficiaries for these lifesaving exams,” said Bibb Allen, MD, chair of the ACR Board of Chancellors.

Cardiothoracic surgeons, radiologists, and lung cancer screening advocates have been meeting with government officials to both emphasize the importance of Medicare coverage and provide guidance on the safe and effective implementation of a lung cancer screening program using tools and guidelines the organizations have already developed. 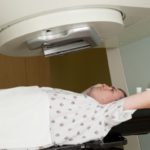