(HealthDay News) — Teens who have tried electronic cigarettes may be more likely to smoke regular cigarettes, according to a new study published online March 6 in JAMA Pediatrics.

The researchers analyzed the smoking habits of about 38,000 middle school and high school students using data from the U.S. Centers for Disease Control and Prevention’s National Youth Tobacco Survey. For years, the CDC has used the survey to glean information on teens’ smoking and tobacco habits. In 2011 and 2012, they also asked adolescents about their e-cigarette use.

Among those who currently used e-cigarettes, about half used them along with regular cigarettes and half smoked only e-cigarettes.

“We are seeing the use of e-cigarettes among adolescents rapidly increasing, and it doesn’t seem like they’re using these products to successfully quit smoking,” study researcher Lauren Dutra, a postdoctoral fellow at the Center for Tobacco Research and Education at the University of California in San Francisco, told HealthDay.

The study raises the question of whether e-cigarettes are a “gateway drug,” and Dutra said she believes they are.

“But that’s more my opinion,” she said. “The study doesn’t show a causal relationship. I can’t say e-cigarette use causes kids to smoke based on this finding. We need some more longitudinal data on this. But it does look like these devices are contributing to it.”

In an accompanying editorial, Frank J. Chaloupka, PhD, of the University of Illinois at Chicago, noted that policies may be needed to curb the rapidly rising use of e-cigarettes.

“While much remains to be learned about the public health benefits and/or consequences of [electronic nicotine delivery systems] use, their exponential growth in recent years, including their rapid uptake among youths, makes it clear that policy makers need to act quickly,” he wrote.

“Adopting the right mix of policies will be critical to minimizing potential risks to public health while maximizing the potential benefits.” 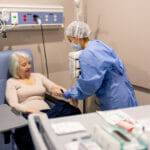