For the study, researchers sought to compare the 2 widely used IHC assays in lung adenocarcinoma samples. Fluorescence in situ hybridization (FISH) and IHC with the VENTANA ALK (D5F3) CDx Assay with the OptiView Amplification Kit and a standard IHC test with the clone 5A4 were performed on 1031 lung adenocarcinomas. Next-generation sequencing was performed in samples with inconsistent results between FISH and IHC.

Next-generation sequencing was performed in 5 samples in which FISH and IHC data differed. Next-generation sequencing confirmed the FISH data, suggesting that there were a very low proportion of patients that had ALK rearrangements that were negative at the ALK protein expression level, and a low percentage of patients without detectable ALK rearrangements that are ALK protein expression-positive. 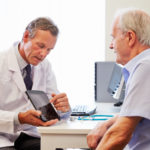 Salvage Surgery Should be Considered for Selected Patients With NSCLC