A new analysis of published studies found that FDG-PET technology is less accurate in diagnosing lung cancer versus benign disease in regions where infections like histoplasmosis or tuberculosis are common. Misdiagnosis of lung lesions suspicious for cancer could lead to unnecessary tests and surgeries for patients, with additional potential complications and mortality.

Histoplasmosis and other fungal diseases are linked to fungi that are often concentrated in bird droppings and are found in soils.

The study by investigators at Vanderbilt University and the Tennessee Valley Healthcare System-Veterans Affairs was led by Vanderbilt first author Stephen Deppen, Ph.D., and principal investigator Eric Grogan, M.D., MPH, and appeared in the Sept. 24 issue of JAMA. 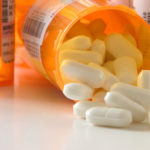 For Non-Small Cell Lung Cancer (NSCLC) Refractory to Crizotinib, Alectinib May Be Effective