An epidemiological study suggests the incidence of stage I non-small cell lung cancer (NSCLC) is on the rise in the United States.

This finding, published in JAMA Oncology, likely reflects an increase in lung cancer screening in recent years, according to researchers.

The researchers evaluated the incidence of NSCLC using the US Cancer Statistics database, which includes data from the Surveillance, Epidemiology, and End Results (SEER) program and the National Program of Cancer Registries (NPCR). The researchers also evaluated the incidence, prevalence, survival, and initial treatment of NSCLC using the SEER-18 database.

“Increased overall prevalence of NSCLC and higher 5-year survival than reported previously may be associated with earlier detection of NSCLC and introduction of more effective treatments,” the researchers wrote.

Disclosures: This research was funded by AstraZeneca. Some study authors declared affiliations with biotech, pharmaceutical, and/or device companies. Please see the original reference for a full list of disclosures. 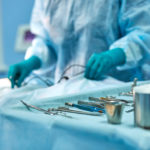