A pair of phase 3 trials suggest that sugemalimab provides a progression-free survival (PFS) benefit for patients with non-small cell lung cancer (NSCLC), both as consolidation after chemoradiotherapy and in combination with chemotherapy.

In the GEMSTONE-301 trial, sugemalimab consolidation after concurrent or sequential chemoradiotherapy improved PFS for patients with unresectable, stage III NSCLC.1

In the GEMSTONE-302 trial, adding sugemalimab to platinum-based chemotherapy improved PFS for patients with metastatic NSCLC.2

Results from both trials were published in The Lancet Oncology alongside a related editorial.3

The authors noted the importance of GEMSTONE-301 as the first randomized, phase 3 trial to investigate an immune checkpoint inhibitor in patients with unresectable, stage III NSCLC who had received concurrent or sequential chemoradiotherapy.

As the authors of the current study wrote, sequential chemoradiotherapy is widely used for patients who cannot tolerate concurrent treatment or live in parts of the world where it is inaccessible.

In the editorial about GEMSTONE-301 and -302, the authors wrote that GEMSTONE-301 provides further evidence that radiotherapy may boost the activity of immune checkpoint inhibitors.3

However, the GEMSTONE-301 researchers were not able to evaluate the efficacy of sugemalimab in women because of low enrollment (8%). The trial also excluded patients with EGFR mutations (who were found not to benefit from durvalumab in the PACIFIC trial) and ALK and ROS1 rearrangements.

The editorialists noted that questions remain about whether treatment outcomes may vary depending on the type of anti-PD-L1 antibody, the chemotherapy regimen, and other factors. There are many ongoing trials of anti-PD-L1 and PD-1 antibodies in combination with chemotherapy or radiotherapy alone. 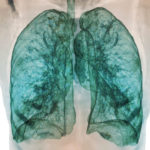