Adjuvant therapy with the MAGE-A3 immunotherapeutic did not prolong disease-free survival compared with placebo in patients with MAGE-A3-positive surgically resected non-small cell lung cancer (NSCLC), a study published in the journal The Lancet Oncology has shown.1

Because minimal progress has been made in adjuvant chemotherapy for patients with NSCLC since its introduction in 2004, researchers sought to evaluate the efficacy of the MAGE-A3 cancer immunotherapeutic in patients with resected NSCLC.

For the double-blind, placebo-controlled, phase 3 trial, investigators enrolled 2312 patients with completely resected stage IB, II, or IIIA MAGE-A3-positive NSCLC who had or had not received prior adjuvant chemotherapy. Participants were randomly assigned 2:1 to receive recMAGE-A3 with AS15 immunostimulant (MAGE-A3 immunotherapeutic) or placebo over a period of 27 months. About half of all patients in each arm also received chemotherapy.

Based on these findings, further development of the MAGE-A3 immunotherapeutic for treatment of NSCLC has been terminated. 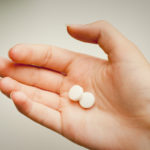 Might Metformin be “Repurposed” from Diabetes to Lung Cancer Treatment?