Targeted tyrosine kinase inhibitors (TKIs) have brought hope to patients with several types of cancer, including epidermal growth factor receptor (EGFR)-positive or anaplastic lymphoma kinase (ALK)-positive non-small cell lung cancer (NSCLC). In patient populations that have receive targeted treatment, objective response rates (ORR) of approximately 75% have been achieved with TKIs that target mutated EGFR (primarily erlotinib in the United States), while the ORR is 60% to 65% with crizotinib, a TKI targeting the aberrant ALK fusion protein EML4-ALK.1-3 Progression-free survival (PFS) for these patient populations is prolonged with TKI therapy, although improvements in overall survival have remained elusive.2,4

Unfortunately, drug resistance may occur, which manifests as a lack of response from the start of therapy (intrinsic resistance), or through disease progression after initial response (acquired resistance). As a result of TKI resistance, median PFS with TKIs targeting EGFR or ALK typically is less than 1 year.1 Multiple resistance mechanisms are possible; while many are found only in single specimens, in practice, patients may experience resistance because of yet unidentified mechanisms.

While intrinsic resistance is not fully understood, it is thought to result from the presence of a sufficient quantity of pro-resistance mutations (eg, exon 20 insertions/duplications), either alone or coexisting with TKI-sensitive mutations. Two common secondary mutations associated with acquired resistance to EGFR TKIs are a substitution at position 790 (T790M) and MET amplification; if these are present with sufficient frequency prior to treatment, they may contribute to intrinsic resistance and poor treatment response.1

Intrinsic resistance to crizotinib, for instance, may be due to false-positive identification of EML4-ALK fusion genes resulting from technical errors; but the actual cause is unknown. To avoid false-positives, fluorescence in situ hybridization (FISH) is necessary to identify EML4-ALK; however, even using that identification technique can be a challenge. The presence of different EML4 variants has been confirmed, but these do not appear to affect response to crizotinib.1 Another possible cause of intrinsic resistance is that pro-apoptosis mechanisms differ between cells. A pro-apoptotic protein, BIM, has been identified that, when present at low levels prior to therapy, is predictive for shorter PFS with EGFR TKIs.1

Acquired resistance that emerges during therapy, primarily due to secondary mutations, is a common problem for all TKIs; the mechanisms involved are better documented than those leading to intrinsic resistance. Erlotinib and gefitinib inhibit downstream signaling by interacting with the ATP binding site, which in EGFR-mutated cells has reduced affinity for ATP.5 The most common secondary mutation conferring resistance, T790M, does so by restoring the binding site affinity for ATP, thereby blocking the drugs’ access to the site. T790M is present in about 50% of resistant specimens; three other secondary mutations (D761Y, T854A, L747S) are present in about 5% of specimens.1 Secondary mutations leading to ALK TKI resistance, primarily L1196M, are present in 22% to 36% of resistant specimens.1

An intriguing resistance mechanism is phenotypic transformation in tumor type, which has been observed in a percentage of patients with acquired TKI resistance for EGFR or ALK . Transformation from adenocarcinoma to small cell lung cancer or high-grade neuroendocrine carcinoma has been reported. In some cases, epithelial to mesenchymal transitions, characterized by loss of epithelial adhesions and gain of mesenchymal features, have been reported.1

Facing Resistance: What Options Are Left?

Poor response to or outright failure of TKI therapy are clinical implications of resistance. The potential for resistance underscores the value of repeat biopsies—with due consideration given to biopsy risks—to monitor genotypic and phenotypic changes that may occur during therapy. When a resistance mechanism can be identified, such knowledge can guide decisions about use of second-line TKIs or other treatment approaches.

When resistance occurs, there are a limited number of options. Experience with imatinib suggests that a percentage of intrinsically resistant patients may respond to higher TKI doses, although switching to an alternative TKI produced better responses.7 Continuing TKI therapy after local progression or concurrent with cytotoxic chemotherapy, however, may be useful. The National Comprehensive Cancer Network recommends continuing erlotinib and adding chemotherapy for most patients with acquired resistance to avoid accelerating the progression of disease.4

Newer TKIs are under development and being studied in patients who are resistant to TKIs targeting EGFR and ALK (Table 1). These investigational agents are designed to be structurally different, which may provide activity against secondary mutations, or designed to inhibit two or more receptors, helping to overcome bypass mechanisms. Although some very early, promising results have been reported, caution is warranted after the recent experience in chronic myeloid leukemia with ponatinib, which was designed to circumvent a common mutation but led to serious thrombotic events and was therefore withdrawn from market.1,5,8

An approach of combining TKIs may be useful for individuals exhibiting multiple mutations or with activated bypass pathways, particularly where TKIs are already established in clinical use—examples include crizotinib (KIT, EGFR, MET), vemurafenib (BRAF), and trastuzumab and lapatinib (HER2).1,4 Another strategy under investigation is combining TKIs with agents directed toward new targets, such as BIM or heat shock protein 90 (HSP90). Ganetespib, a drug targeting HSP90, demonstrated clinical activity in EML4-ALK-positive, treatment-resistant NSCLC in a phase 2 study; For the most part, side effects were manageable, although 8.1% of patients did experience serious treatment-related adverse events.9 More studies will help determine its role in managing patients with resistant disease.

The occurrence of either primary or secondary resistance to therapy for NSCLC undermines clinical success. Multiple mechanisms have been identified, and patients exhibiting TKI resistance may harbor one or several resistance mechanisms. Understanding the mechanisms of resistance to these agents is critical to improving prognosis and outcomes for patients with NSCLC. Researchers are taking a rational approach to the problem of resistance, leading to treatment that is increasingly personalized to an individual’s specific cancer genotype. 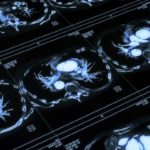