In a series of patients with malignant mesothelioma, overexpression of EGFR without amplification or mutation was common, but was not found to be associated with survival, according to the results of a study published in Lung Cancer.1

The study evaluated 329 specimens from patients with malignant mesothelioma who underwent surgery at a single center in Australia between 1988 and 2014. Tissue microarrays were used to evaluate EGFR expression and conformational and mutational variants. Fluorescence in situ hybridization (FISH) was used to determine copy number variations of the EGFR gene.

Wild-type EGFR was expressed in 93% of specimens. EGFR overexpression was present in 64% of cases and was more common in specimens of the epithelioid subtype. Of the 284 specimens evaluable by FISH, 76.4% were diploid, 20.4% had low polysomy, 3.2% had high polysomy, and all cases had gains in chromosome 7. These findings indicated “that this was the result of balanced polysomy rather than gene amplification, which is consistent with the literature,” the study authors wrote.

There was no evidence of EGFRvIII mutation. A conformational form of EGFR associated with dysregulation was found in 8.2% of cases.

“The observation of a subset of tumors showing a conformational form of wild-type EGFR [wtEGFR], despite no EGFR amplification on FISH, indicates that EGFR overexpression is leading to the formation of a wtEGFR transitional state that leads to activation of downstream signaling pathways,” the study authors wrote.

There was no significant difference in overall survival among specimens with EGFR overexpression compared with those with low EGFR expression, with observed medians of 13.2 months and 10.4 months, respectively (HR, 0.8591; 95% CI, 0.6784-1.088; P =.207). This finding was similar among patients with epithelioid histology and non-epithelioid subtypes.

“Malignant mesothelioma consistently overexpresses EGFR and appears reliant on the pathway; however, does not appear to be driven by EGFR mutation or amplification,” the study authors concluded. 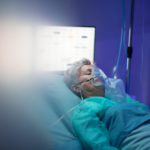