Contradicting earlier reports, a recent large cohort study found that use of metformin by diabetic patients does not reduce their risk of lung cancer.1

The subjects had completed a health survey administered from 1994 to 1996, when they were older than 40 years old.

Metformin use and its duration were determined from pharmacy records. The time frame of use was categorized as current, recent, or former with the intention of preventing time biases that had affected other studies.

Patients were followed until diagnosis of lung cancer, withdrawal from KPNC, death, or the study end point in 2012.

After accounting for potentially confounding factors such as race and smoking history, the researchers found that metformin use did not affect the risk of developing lung cancer (HR 1.02; 95% CI 0.85,1.22).

In addition, no associations were found between incidence of lung cancer and duration of metformin use, time frame of use, or cumulative metformin dose.

RELATED: Exploring the Anticancer Effects of the Antidiabetes Drug Metformin

Among nonsmokers, however, use of metformin appeared to have a protective effect: metformin users had a 43% reduction in the risk of lung cancer (HR 0.57, 95% CI 0.33,0.99) compared with those who did not use metformin. This association is weak, however, because few metformin users in this subgroup were diagnosed with lung cancer.

By contrast, among current smokers, lung cancer risk was increased by metformin use, but the difference was not statistically significant.

In previous studies that found a reduction in lung cancer risk associated with metformin use, the authors wrote, time biases may have included inadvertently classifying unexposed time as exposed time or failing to match the time windows of cases and controls.

The study results may be limited because the researchers were unable to determine medication adherence. Moreover, they assessed confounding variables such as BMI and smoking history only once, at the beginning of the study period, and could not account for changes in these variables.

Finally, the number of metformin users who developed lung cancer was small (283 events over 171,015 person-years), reducing the precision of risk estimates.

Summarizing the study findings, lead author Lori C. Sakoda, MPH, PhD, explained that “metformin use was not associated with lung cancer risk when we looked at all patients with diabetes. However, our results suggest that risk might differ by smoking history, with metformin decreasing risk among nonsmokers and increasing risk among current smokers. Our results suggesting that the risk associated with metformin might differ by smoking history were unexpected. Additional large, well-conducted studies are needed to clarify whether metformin may be used to prevent lung or other cancers, particularly in specific subpopulations, such as nonsmokers.” 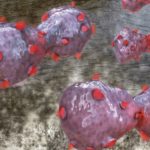