Described in a case study published in the New England Journal of Medicine is a patient with metastatic KRAS-mutant lung adenocarcinoma presenting with myocarditis secondary to the administration of the immune checkpoint inhibitor, nivolumab.

The patient was a woman (aged 65 years) who presented to the hospital with a complaint of “stabbing” lateral chest pain that had lasted for several days and was worse when she rested on her left side.

Her medical history included a diagnosis of non-small cell lung cancer (NSCLC) — made 6 months previously — that was characterized by metastasis to the mediastinum, vertebrae, and ribs, and complicated by “complete collapse of the left upper lobe [of the lung] due to an obstructing endobronchial lesion.” The patient also had a personal history of smoking and hypercholesterolemia, as well as a family history of atherosclerosis.

Her cancer treatment included palliative external-beam radiation therapy administered over 2 weeks followed by 4 cycles of platinum-based chemotherapy. Upon disease progression, the patient had received a single dose of nivolumab administered several weeks prior to her most recent complaint of chest pain.

On physical examination the patient had a cachectic appearance, reported tenderness when her left and right lateral chest wall was palpated, and appeared uncomfortable when moving. Breath sounds were diminished on the left side and crackles were heard at the left apex. The heart rhythm was tachycardic, although no cardiac murmur or rub, no elevation in jugular venous pressure, and no lower extremity swelling or cords were detected.

Laboratory data revealed elevations in troponin T and D-dimer levels, as well as low hemoglobin and hematocrit levels, although levels of serum electrolytes, glucose, creatinine, and N-terminal pro–B-type natriuretic peptide, as well as white blood cell and platelet counts, were within normal limits.

Aspirin, morphine, hydromorphone, normal saline, heparin, as well as atorvastatin, levofloxacin, and metoprolol, were administered to the patient, who was admitted to the cardiac unit.

Sinus tachycardia was detected on electrocardiography (ECG), along with minor nonspecific changes in ST-segments and T waves. Transthoracic echocardiography revealed an injection fraction of 57%, and no evidence of a pericardial effusion or right ventricular enlargement. Dual-energy CT of the chest did not reveal signs of a pulmonary embolism.  In addition, chest pain was not diminished by the administration of nitrates.

Physicians reviewing this patient case commented that, despite the elevated troponin T level, the characteristics and duration of the chest pain (ie, lasting several days), the absence of pain alleviation with nitrates, and no definitive signs of coronary obstruction on ECG lowered their clinical suspicion for coronary ischemia related to atherosclerosis.

Regarding the possibility of a pulmonary embolism, the reviewing physicians noted that, despite the finding of an elevated D-dimer level, the negative findings on dual-energy CT, and the absence of signs of ventricular strain, such as an elevated jugular venous pressure and an elevated pro–B-type natriuretic peptide level, made this diagnosis less likely.

Furthermore, the absence of a pericardial friction rub and/or pericardial effusion, no characteristic signs on ECG, and pain not characterized as “pleuritic” following history and physical examination led physician reviewers to consider a diagnosis of pericarditis as unlikely. Finally, chest pain as a direct consequence of metastatic NSCLC was also considered unlikely due to the elevated troponin T level and the nonpleuritic characteristics of the chest pain.

A tentative diagnosis of “nonischemic chest pain most likely due to myocarditis associated with the use of an immune checkpoint inhibitor” was confirmed following biopsy of the right endomyocardium, which showed “an inflammatory infiltrate composed primarily of macrophages and lymphocytes that was associated with myocardial injury.”

The patient was subsequently treated with high-dose methylprednisolone, which resulted in a decrease in troponin T level, followed by administration of oral prednisone. Additional interventions were declined by the patient’s family, and she was discharged to home hospice.

In their concluding remarks, the authors of the case study commented that “although the incidence of serious immune-related adverse events has been reported to be low, the number of clinically significant and potentially fatal toxic effects, such as the occurrence of myocarditis in this patient, will undoubtedly rise.” 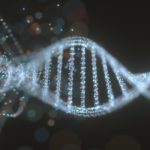