Researchers have updated the Diagnosis-Specific Graded Prognostic Assessment (DS-GPA) to include information about genetic alterations in non-small cell lung cancer (NSCLC) with brain metastases. The updated prognostic index is called the Lung-molGPA.1

The DS-GPA used patient data from 1985 through 2005; the variables for prognostic assessment included patient age, Karnofsky Performance Status, extracranial metastases, and the number of brain metastases. To update the DS-GPA, researchers added data about EGFR, ALK, and KRAS mutation status. Overall survival data were used for 2186 patients with NSCLC and brain metastases diagnosed between 2006 and 2014.

According to the designers of the Lung-molGPA, this prognostic tool is superior to the DS-GPA because of the incorporation of EGFR and ALK mutations in the prognostic index.

Although the tool is designed to aid in clinical decision making, the authors note that the data included could not be used to verify an optimal treatment option for the enrolled patients. 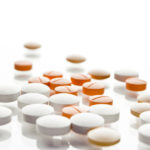