There are limited curative intent treatment options for locoregional recurrence or persistent tumor after radical chemoradiotherapy for locally advanced NSCLC. In certain patients, salvage surgery may be feasible, but it is widely considered to be dangerous.

Therefore, researchers at VU University Medical Center in Amsterdam, the Netherlands, sought to evaluate clinical outcomes with salvage surgery at a single institution.

For the study, researchers retrospectively analyzed data from patients with NSCLC who underwent pulmonary resection after chemotherapy and radiation at a dose of 60 Gy or higher.

All patients were treated between January 2007 and August 2015. Of those, 87% received surgery for in-field locoregional recurrence while the rest had persistent tumor.

Results showed that the in-hospital morbidity rate was 40% and the 90-day mortality rate was 6.7% after a median follow-up of 12.1 months.

Researchers estimated that the median overall survival and event-free survival were 46 months and 43.6 months, respectively.

The findings suggested that compared with other treatment options, salvage surgery can offer good survival.

“Salvage surgery should be considered as a treatment option for selected patients,” the authors concluded. 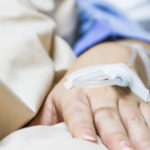