Though marijuana use is now legal in most of the United States, questions remain about how smoking marijuana can affect lung health and the risk of lung cancer in particular.1-4

“We concluded that there is moderate evidence that there is no association between cannabis smoking and lung cancer,” said Donald I. Abrams, MD, professor emeritus of medicine at the University of California San Francisco and integrative oncologist at the USCF Osher Center for Integrative Health.

Dr Abrams is one of the experts who reviewed evidence on the health effects of cannabis for a report published in 2017 by the National Academies of Sciences, Engineering, and Medicine (NASEM).5

Among the research reviewed for that report was a pooled analysis of 6 case-control studies encompassing 2159 individuals with lung cancer and 2985 control participants.6 The analysis showed “little or no association” between the intensity, duration, cumulative consumption, or age at the start of cannabis smoking and the risk of lung cancer.

Another study reviewed for the NASEM report was a population-based study of cannabis use in 49,321 Swedish military conscripts.7 Researchers evaluated the risk of lung cancer over a 40-year follow-up period. They found a 2-fold increase in lung cancer risk among participants with a history of “heavy” cannabis use (defined as having smoked more than 50 times at baseline) compared with those who had no history of cannabis use.

However, this study was limited by a lack of data on tobacco use. The researchers did adjust for tobacco use at baseline, but they did not examine whether participants smoked tobacco at any point during the follow-up period. In several other studies linking cannabis smoking to an elevated risk for lung cancer, participants were also tobacco smokers.8

The lack of evidence stems, in part, from challenges associated with conducting well-designed studies, according to Charles A. Powell, MD, professor of medicine and system division chief for pulmonary, critical care, and sleep medicine at the Icahn School of Medicine at Mount Sinai in New York, New York.

“The strong evidence base linking cigarette smoking and cigar smoking to an increased risk of lung cancer took a long time to develop,” Dr Powell said. “It is more challenging to establish similarly robust scientific evidence with epidemiological studies of marijuana smoking.”

Along with the difficulty of acquiring precise data on a drug that has been illegal in the United States until recently, many “crucial endpoints take a long time to develop, and this is important for the relatively recent onset of increased marijuana smoking,” Dr Powell said.

In addition, although the composition and carcinogen content of cigarettes are generally standardized, it is relatively difficult to measure the health impact of marijuana smoking because of the variable product content and modes of delivery. 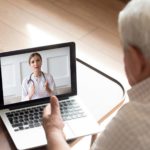