A study published in the journal Lung Cancer has shown that statin use is associated with improved survival among patients with stage IV non-small cell lung cancer (NSCLC).1

Investigators analyzed data from 5118 patients aged older than 65 years, who were diagnosed with stage IV NSCLC between 2007 and 2009. All patients were included in the Surveillance, Epidemiology and End Results (SEER)-Medicare database.

Of those, 27% of patients were taking a statin at the time of cancer diagnosis. Results showed that median overall survival was 7 months among those taking statins versus 4 months in patients not treated with statins (P < .001).

“Further research should evaluate plausible biological mechanisms as well as test the effect of statins in prospective clinical trials,” the authors conclude. 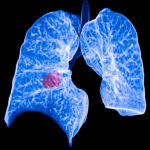