According to results of a “hypothesis-generating study,” when compared with single radiomic features, such as positron-emission tomography (PET)-derived metabolic tumor volume (MTV), a model involving the incorporation of 5 PET radiomic features was a better predictor of refractory disease risk in patients with early-stage Hodgkin lymphoma characterized by mediastinal involvement. This study was published in Scientific Reports.

Because early-stage (ie, stage I/II) classical Hodgkin lymphoma is frequently associated with an excellent prognosis, less-intensive treatment regimens, associated with lower long-term toxicity profiles, are often considered appropriate for these patients. Nevertheless, a small percentage of patients with early-stage Hodgkin lymphoma will have disease that is refractory to initial therapy. Due to the poor outcomes often associated with refractory disease, individualized predictions of response to initial treatment aid in the selection of patients who may be more likely to benefit from upfront intensive therapy.

Radiographic assessment of tumor bulk is currently incorporated into risk stratification models of this disease. In this study, researchers utilized the precision medicine-based field of radiomics, involving the conversion of digital medical radiologic images (eg, computed tomography [CT], magnetic resonance [MR], and PET images) into large quantities of mineable data to investigate other image-based features or sets of features as predictors of response to treatment and clinical outcome in early-stage Hodgkin lymphoma.

This retrospective cohort study involved a review of records for all adult patients with Hodgkin lymphoma treated at a single tertiary cancer center from 2003 to 2013. Only patients with a baseline, prechemotherapy PET-CT scan were included.

Twelve of 169 patients with Hodgkin lymphoma characterized by mediastinal involvement had refractory disease. Radiomic analyses demonstrated that a combination of 2 “first-order” radiomic features,  MTV, and standardized uptake volume (SUV), and 3 “second-order” radiomic features involving tumor textural assessments was a better predictor of refractory disease than single radiomic features, such as MTV, SUV, or PLG. For example, the area under the curve (AUC) for predicting primary refractory Hodgkin lymphoma was 95.2% for the 5-feature model, compared with 78%, 78%, and 65% for the MTV, PLG, and SUV models, respectively.

Of particular interest was the finding that those in the refractory group who did or did not subsequently benefit from salvage therapy could be distinguished using the 5-feature model. However, this model was not predictive of disease relapse, leading the study authors to conclude that different underlying molecular mechanisms may be associated with refractory and relapsed disease.

While the authors do not yet suggest a change to current early-stage Hodgkin lymphoma risk stratification schemes that incorporate more conventional radiologic measures of tumor bulk, the study authors wrote that “this work adds to a growing body of literature demonstrating an association between radiomic features and clinical outcome.” In their concluding remarks, they wrote that to the best of their knowledge, “this is the first study to demonstrate an association between advanced PET radiomic features and refractory disease status in early-stage Hodgkin lymphoma patients.” 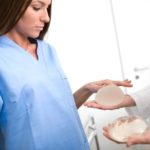