At 3 years of follow-up, an estimated 62% of patients remain disease free and 73% remain alive. Being older than 70 years, having advanced-stage disease, and being considered unfit or frail were correlated with a shorter progression-free survival.

The study authors suggest ABVD could be a “useful option” with “curative intent” for fit patients aged younger than 70 years. They also suggest that patients older than 70 years of age or with significant comorbidities should receive “less intensive” regimens such as VEPEMB or ChlVPP. 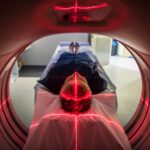