The objective of this study was to compare the outcomes of patients with classical Hodgkin lymphoma (cHL) who achieved complete remission with frontline therapy and then underwent either clinical surveillance or routine surveillance imaging.

In total, 241 patients who were newly diagnosed with cHL between January 2000 and December 2010 at 3 participating tertiary care centers and achieved complete remission after first-line therapy were retrospectively analyzed. Of these, there were 174 patients in the routine surveillance imaging group and 67 patients in the clinical surveillance group, based on the intended mode of surveillance. 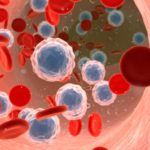