Diffuse large B-cell lymphomas (DLBCLs) are a mixed group of hematologic malignancies characterized by a high degree of molecular and clinical variability. Risk stratification and prognostic modeling are challenging because of significant disease heterogeneity. As a result, improving outcome prediction is key to ensuring optimal patient care and treatment decision making.

In a review published in Expert Review of Hematology, Andrew Harkins, of Emory University School of Medicine in Atlanta, Georgia, and colleagues summarized current literature surrounding outcome prediction in DLBCL. In addition, they reviewed novel techniques that may help improve prognosis determination.

Amer Zeidan, MBBS, MHS, of the department of internal medicine at Yale University in New Haven, Connecticut, told Hematology Advisor, “We do have [clinical]-pathological prediction tools for many blood cancers, as well as [other] genetic [predictive] markers; however, none of [these] are completely accurate.”

In recent years, the International Prognostic Index (IPI) has been the main prognostic model used for patients with DLBCL. The model incorporates several clinical and demographic parameters, such as age, disease stage, and performance status, to estimate survival and individualize treatment. Adjusted versions, including the National Comprehensive Cancer Network-IPI (NCCN-IPI) and the revised-IPI, contain modifications, such as additional risk categories and stepwise scoring for high-risk groups. A recent comparison study demonstrated that the NCCN-IPI provided better overall survival (OS) estimates compared with other models.

Recently, a new prognostic model was developed using a novel machine learning technique. The model was constructed using clinical data from Swedish and Danish lymphoma registries and utilizes a stacking algorithm to merge multiple regression models to generate a survival curve. Using this method, the requirement for single model specification is removed. The predictive tool has been released as a web-based application, and the researchers have reported the model is superior to current methods.

Another SEER-based model was created to stratify patients based on cure rate instead of survival. This model incorporates other risk factors, including marital status, race, gender, and poverty measures. One key limiting factor of this tool is the lack of clinical parameters related to poor survival, such as elevated IPI score. Other studies have demonstrated that fitness status, 25-hydroxyvitamin D levels, and the serum ratio of lymphocytes to monocytes, among other hematologic factors, may also play a role in prognosis modeling. 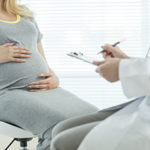