In fact, the efficacy of induction with BV plus AVD “supports the safe reduction or elimination of consolidative radiation among PET-4–negative patients,” the researchers wrote.

All patients received 4 cycles of BV plus AVD, but they were divided into 4 cohorts to assess consolidation approaches.

For cohorts 3 and 4, patients were required to have bulky disease according to Memorial Sloan Kettering (MSK) criteria (>7 cm in maximal transverse or coronal diameter on CT).

The primary endpoints were safety in cohort 1 and complete response rate by PET in cohorts 2 to 4.

The patients’ median age was 32 years (range, 18-59 years), and 50% were men. Nearly all patients (98%) had stage II disease, 86% had MSK-defined disease bulk, 27% had traditionally defined bulk (>10 cm in transverse dimension), and 23% had advanced-stage disease according to German Hodgkin Study Group criteria.

During treatment, 41 serious adverse events that required hospitalization occurred in 24 patients. The most common of these events were fever and neutropenia, abdominal pain, and infection.

The researchers acknowledged that this study was limited by the small number of patients in each cohort, the nonrandomized design, and the fact that the study was not designed to definitively compare the 4 treatment arms.

Still, the researchers concluded that BV plus AVD demonstrated “excellent efficacy across all 4 cohorts.”

Disclosures: This research was supported by Seattle Genetics and the Lymphoma Research Foundation. Some of the study authors declared affiliations with biotechnology and pharmaceutical companies. Please see the original reference for a full list of disclosures. 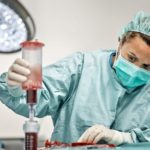