Despite survival benefits associated with newer chemotherapy regimens, survivors of classical Hodgkin lymphoma (cHL) diagnosed during their adult years continue to have significantly higher risks of all-cause mortality compared with the general population, according to results of a large population-based cohort study published in the Journal of Clinical Oncology.

In the modern era, ABVD (doxorubicin, bleomycin, vinblastine, and dacarbazine) combination chemotherapy has become the preferred frontline treatment for patients with Hodgkin lymphoma in the United States. Furthermore, the use of radiotherapy (RT) in the frontline setting for the treatment of cHL has declined during the last 20 years to the extent that less than 10% of patients with early and advanced cHL in the US underwent upfront RT from 1999 to 2008.

Although the newer treatment approaches have been associated with survival gains for patients with cHL, few studies have examined the patterns of mortality of patients with cHL who have undergone more modern treatments in the frontline setting.

This study utilized data included in the Surveillance, Epidemiology, and End Results (SEER) registries for patients who were diagnosed with a first primary cHL and treated with initial chemotherapy between 2000 and 2015. Patients included in the analysis were aged 20 to 74 years.

Standard mortality ratios (SMRs), a type of relative risk, were calculated by comparing the mortality of patients with cHL with expected deaths from the general population matched according to age, sex, and calendar year; SMRs were determined separately for patients with early-stage (stage I/II) and late-stage (stage III/IV) cHL.

Compared with the general population, some of the key findings observed for patients with cHL during a follow-up period of 12 years included the following:

“Despite decreasing use of frontline radiotherapy, our ﬁndings among chemotherapy-treated patients diagnosed during 2000-2015 demonstrate early [ie, less than 1 year] and late increased risks of heart disease-related deaths, irrespective of cHL stage and age,” the study authors noted.

The authors noted that “patterns of excess deaths as a result of heart disease, ILD, infections, and AEs support a need for close monitoring and intervention beginning at the time of cHL diagnosis to reduce mortality for all patients, with particular attention paid to those with advanced-stage cHL and who are diagnosed at older ages.” 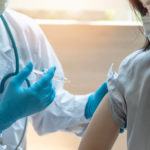