Combination biologic therapy with lenalidomide and rituximab was active as initial therapy for patients with mantle-cell lymphoma, a new study published in The New England Journal of Medicine has shown.1

Lenalidomide, an immunomodulatory agent, and rituximab, an anti-CD20 antibody, have demonstrated activity in patients with recurrent mantle-cell lymphoma. Because initial therapy for mantle-cell lymphoma is not standardized and usually includes cytotoxic chemotherapy, researchers sought to evaluate the combination as first-line therapy.

During the induction phase, participants received lenalidomide 20 mg daily on days 1 to 21 of every 28-day cycle for 28 cycles plus rituximab once weekly for the first 4 weeks and then once every other cycle until disease progression.

In regard to safety, the most common grade 3 or 4 adverse events were neutropenia, rash, thrombocytopenia, tumor flare, anemia, serum sickness, and fatigue.

The study also demonstrated an improvement in quality of life associated with response to treatment. 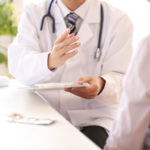 In European Regions, Survival Variation in Patients With Lymphoma