Loncastuximab tesirine is a CD19-directed antibody-drug conjugate that previously showed antitumor activity in a phase 1 study of patients with non-Hodgkin lymphoma.2

In the phase 2 LOTIS-2 trial (ClinicalTrials.gov Identifier: NCT03589469), researchers evaluated loncastuximab tesirine in patients with relapsed/refractory DLBCL who had previously received 2 or more multiagent systemic therapies. The study was conducted in 28 hospitals in the United States, United Kingdom, Italy, and Switzerland.

The study enrolled 145 patients with high-risk characteristics for poor prognosis, including double-hit, triple-hit, transformed, or primary refractory DLBCL. All the participants received at least 1 dose of loncastuximab tesirine.

The overall response rate was 48.3%, with 35 patients achieving a complete response and 35 having a partial response. The median time to first response was 41.0 days.

“The durable clinical antitumor activity of single-agent loncastuximab tesirine compared with recently approved therapies, including activity in difficult-to-treat subgroups, suggest it could change practice as a potential treatment option for patients with relapsed or refractory DLBCL who have received two or more previous systemic therapies,” the study authors wrote.

“These results are of particular importance because, to our knowledge, this trial included a broader sample of difficult-to-treat patients than did studies of other therapies approved for patients with relapsed or refractory DLBCL.”

Disclosures: This research was supported by ADC Therapeutics. Some study authors declared affiliations with biotech, pharmaceutical, and/or device companies. Please see the original reference for a full list of disclosures. 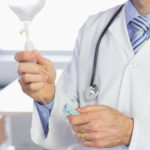