Over the last year, oncologists have added new weapons to their arsenal against mantle cell lymphoma (MCL), an aggressive B-cell subtype of NHL that accounts for 6% of all cases of the disease.1

Currently, MCL is treated using combination chemotherapy or chemotherapy plus immunotherapy, followed by stem cell transplantation.  However, agents such as ibrutinib and lenalidomide have recently demonstrated an ability to improve progression-free survival (PFS) and overall survival (OS) by targeting B-cell receptor signaling.1

“We have gone from a 3-year survival rate to a median of 7 years for MCL,” said Thomas Witzig, MD, Professor of Medicine at the Mayo Clinic, Rochester, MN.  “Over the last year, we’ve added new drugs to the armamentarium and this has markedly improved survival rates.”

“Ibrutinib is very promising,” said senior study author Kristie Blum, MD, an associate professor of medicine and the head of the Ohio State University Comprehensive Cancer Center, Columbus, OH.  “It is certainly exciting because it is well tolerated and has a high activity rate.”

In this study, Dr. Blum and her colleagues looked at 111 patients with relapsed or refractory MCL who received ibrutinib orally.  The trial was conducted at 18 sites and the patients had received one to five prior treatments, which could include bortezomib.  The researchers found that 21% of patients achieved a complete response and 47% achieved a partial response.  The estimated median response duration was 17.5 months and the estimated median PFS was 13.9 months.  The median OS was not reached, but the estimated OS rate was 58% at 18 months.

“A lot of people get really aggressive treatment.  It is possible [that ibrutinib] could be used earlier in the course of the disease,” Dr. Blum said in an interview with ChemotherapyAdvisor.com.

The immunomodulatory agent lenalidomide has been shown to have consistent activity and a tolerable safety profile in patients with relapsed/refractory MCL. Dr. Witzig and his team conducted a pooled analysis to examine the efficacy and safety of this agent in 206 patients with relapsed/refractory MCL.  The researchers found that the overall response rate (ORR) with lenalidomide was 32%, with a median time to response of 2.1 months.3

In this pooled analysis, the median age of the patients was 67 years (range, 33-84 years) and 91% of the patients had stage 3/4 disease; the mean daily dose of lenalidomide was 21 mg. Among the 206 patients, 51% had received four or more prior treatment regimens and 76% had been previously treated with bortezomib.  Overall, results showed that 10% of the patients achieved a complete response and the median duration of response was 16.6 months.

“About a third of patients respond and they usually respond pretty quickly—within 2 months of taking the drug,” Dr. Witzig told ChemotherapyAdvisor.com.  “It is usually pretty tolerable.  Some people get a little fatigued, but it is certainly designed to be taken long-term and it has a good safety profile.”

Dr. Witzig added that lenalidomide’s mechanism of action is completely different from that of ibrutinib, and so the two agents may be able to be combined to produce even more benefits in some patients with MCL.

Several new compounds are now being investigated for the treatment of MCL. A new first-in-class, selective oral inhibitor of phosphatidylinositol 3-kinase-delta—idelalisib—has demonstrated activity and is well tolerated in heavily pre-treated patients with MCL.  The results of a phase 1 study showed an overall response rate (ORR) of 40% and a 1-year PFS of 22%.4

“Overall, idelalisib is very well tolerated. The most common grade 3/4 toxicities included diarrhea, decreased appetite, pneumonia, and elevation of transaminases. Most of these side effects were quite manageable with either dose reductions or temporary dose interruptions. For most patients with grade 3/4 toxicities, idelalisib could be safely continued or reintroduced,” said study investigator Nina Wagner-Johnston, MD, a medical oncologist at Washington University School of Medicine, St. Louis, MO.

According to Dr. Wagner-Johnston, the novel pathway and tolerable toxicity profile of idelalisib has the potential for significant therapeutic benefit when combined with other agents. Dr. Wagner-Johnston said studies investigating various combination approaches are ongoing.

A new study conducted at the Virginia Commonwealth University Massey Cancer Center is showing that a combination of ibrutinib and bortezomib could be an effective new therapy for patients with MCL.5 Bortezomib, which is a proteasome inhibitor, is commonly used to treat MCL, but many patients develop resistance to it.  The researchers report that this combination therapy may circumvent resistance and potentially fill an urgent need.

“We are definitely in a new era in the treatment of mantle cell lymphoma. Novel targeted therapies that disrupt the B-cell receptor pathway are showing significant promise,” Dr. Wagner-Johnston told ChemotherapyAdvisor.com. “With current investigations moving these agents into the up-front setting, we will determine whether the natural course of this incurable disease can be altered.” 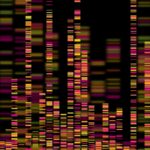